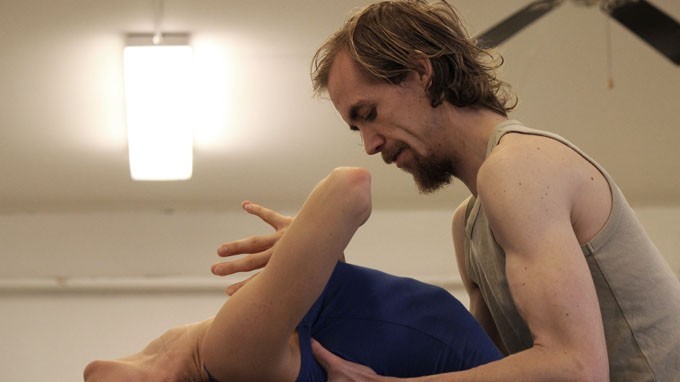 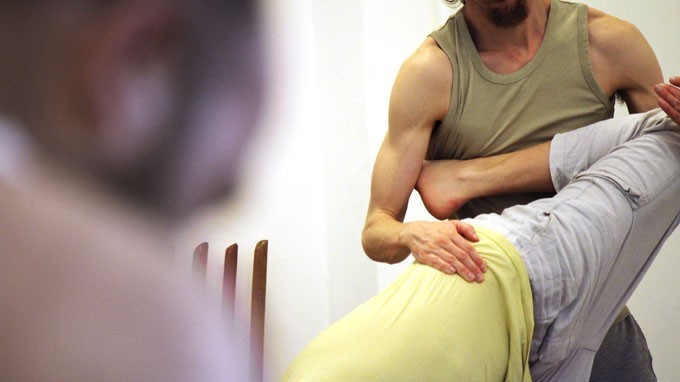 When I finished high school an academic career seemed obvious. But at the same time I had a clear sensation that my body was in an absolutely miserable state and it was essential for me to do something about it.

I knew deep down that human character was much more important than academic achievements and I sensed that human character had a physical foundation. I had read enough Nietzsche to understand that. And I knew that the East had a far better understanding of these connections than the West. So I started practicing kung fu and tai chi. It must have looked horrible. And I was needlessly injured several times. But the will for change was strong – and it was a start. A helpless one, but also the beginning of a process that has not stopped ever since.

That was in Odense and in China. But when I moved to Copenhagen, I couldn’t find a place to practice Chinese martial arts that suited me. Once more, I started to notice my physical deterioration and knew that I had to do something about it. And I knew that I was supposed to practice yoga, but I didn’t know why. Because I felt a deep resistance against all kinds of spirituality. And a few attempts to practice from books didn’t give any usable results.

But one day a fellow economy student at Copenhagen University recommended me to try a lesson with a good yoga teacher at the school where she herself worked as a fitness instructor. The class was called ‘Power Yoga’. Oh no, I thought, I don’t want to do Power Yoga, I want to do ‘real’ yoga. But I went to a trial lesson anyway. And it was love at first practice. It was perfect: physical and exhausting and challenging in just the right way and no unnecessary talk or theorizing. Within a year of obsessive enthusiasm I was practicing 5 times a week or more. And after only a one year of practice, I started teaching my first beginners class.

Which was of course way too soon, and I didn’t know what I was doing but there was a shortage of yoga teachers at that time. Commitment and dedication can carry you a long way, and I grew rapidly with the task. And I practiced like crazy. With the rise of authenticism, Power Yoga was gradually replaced by Astanga Yoga. In the course of a year I had gotten through the first series of Astanga and within another year I got through the second series. That was of course way too fast and must have been painful to watch. But nothing could hold me back.

At the same time new seeds were sowed: A gradually growing interest in Alexander technique and the shocking discovery of raw food. That was around 2003. Originally, Alexander technique was supposed to support my yoga practice until yoga became an obstacle for my Alexander technique. And my experiments with raw food made me too soft and relaxed to keep up my in in some ways aggressive practice. These two things together made me feel that I had to let go of the Astanga Yoga I knew. I had passionately burned for Astanga, it had become the center of my life, and now I was burned out.

What should I do? Should I just let go of it all and move on? I was still teaching. And I really liked that. And earned my money with it. It was hard to let go. Maybe there was another way. I went back. Started all over. Forgot everything I had learned. Approached the practice with everything that I now knew about the body. Within a year I discovered one position after the other: ‘oh, that’s the point’, ‘oh, that’s the connection’. It was an exciting and very inspiring time. And from there on, yoga became all mine. Everything I teach I have more or less taught myself. I have tested everything again and again on myself and hundreds of loyal students. I never gave up the original Astanga frame but the content is Jeppe-yoga through and through.

Throughout the years I have refined, expanded and deepened my teaching. It is growing with me as I keep growing. I have completed a full (and more!) education as Alexander technique teacher. I have investigated, tried and educated myself in many, many different things. And as they become a part of me, they are slowly integrated in my teaching. Most recently elements of eyebody-work, that in completely new and groundbreaking ways works with presence, focus, vision, the brain and consciousness.

I stayed with yoga and especially Astanga yoga because it was such a precious gift to me. It was the hammer that was necessary to break down the walls blocking sides of myself locked away for many, many years. Providing me with an actual and continuous experience of the body as a source of joy and love. Providing me with a completely down-to-earth and realistic experience of the world as a sacred place and all people as creatures that deserve light and love and care. And all of this not just as a theory or empty words but as the way I live and teach. That was my gift. And I want to pass it on in the specific form that it will have for each person.

I provide the space, the framework and the practice. What my students do with that is up to them. But I love to see them grow and to grow together with them – and to give them the direction and maybe the inspiration and the push that are sometimes necessary.

Yoga is not the goal – and certainly not Astanga yoga. But it can be a step on the way. No matter if it is a big or small or decisive step. This is what yoga has been for me.